from Dark Turn of Mind by Iona Fyfe 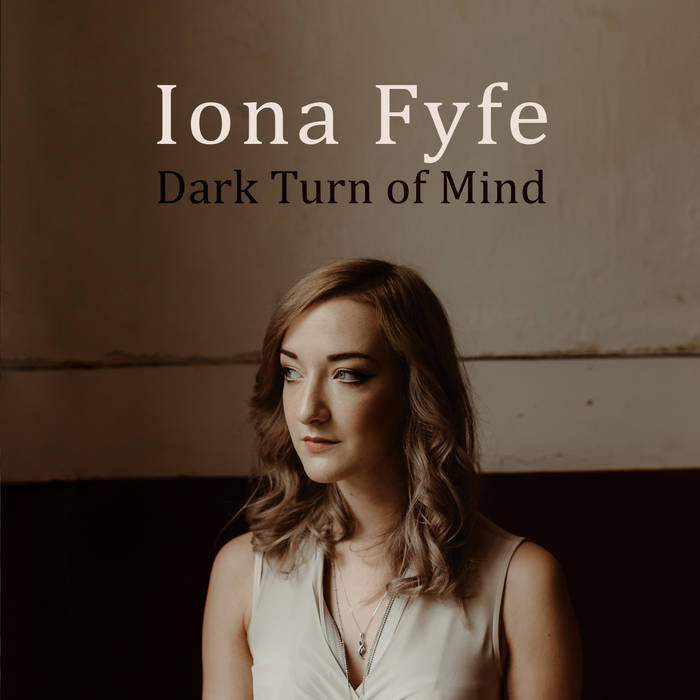 The Golden Vanity is an oikotypical ballad which has been collected in Aberdeenshire, the Scottish Borders, England, Ireland, Canada and the Appalachians. The ballad dates back to 1685 when it was published in the Pepysian Collection at Magdalene College, Cambridge under the title “The Ballad of Sir Walter Rauleigh His Lamentation” or “Sir Walter Raleigh Sailing In The Lowlands” (1635). In later texts, no reference to Sir Walter Raleigh can be found. Tristram Potter Coffin states: “In America, Sir Walter Raleigh is no longer connected with the song, the ships have “Golden Vanity” and “Turkish Revelee” names which names which may vary with historical circumstances, and a more positive ending.”

The captain declares the ship is in peril and has come under threat by another vessel, usually French, Turkish or Spanish. The ship’s cabin boy offers to sink the foreign vessel, in return for rewards such as gold and the Captains daughter’s hand in marriage. The cabin boy successfully swims and sinks the enemy by boring holes in the ships side, then returns to The Golden Vanity. In some variants, the boy is rewarded and in others he is shot and drowned or taken aboard the ship too late and dies on deck. In select texts, he drowns and returns as a ghost to exact revenge and sinks the ship.

The Golden Vanity, otherwise known as The Sweet Trinity or Golden Willow Tree, features in Volume 5 Francis James Child’s The English and Scottish Popular Ballads. The ballad has long been procured in the North East of Scotland and features in Volume 1 of the celebrated Greig-Duncan Folk Song Collection. Reverend James Duncan and Gavin Greig collected “Ye Gouden Vanitie” from a manuscript written and sent by George F Duncan on 2nd May 1908 and is comprised of verses with an “eek-eedle-ee and the Lowlands low” refrain. George states: “I have a notion I have heard mother sing it. It is not entirely the same as any printed copy I have seen. I should have said that the music had come through Christie’s hands.” Version C is titled The Lowlands So Low and was collected from John Calder. “Bell Robertson traces the ballad back through her mother to the early years of the last century.” Versions found in the Greig-Duncan are all in the Doric vernacular. William Christie states in Volume 1 of his Traditional Ballad Airs that the air “was noted from the singing of a native in Buchan. It was long well known and may still be known to some in the three northern Counties of Scotland.”

The ballad is found in the Missouri State Max Hunter Folksong Collection Archive. The ballad features in John Ord’s Bothy Songs and Ballads as well as Gavin Greig’s Folk-Song of the North-East – which reinforce the notion that the ballad was ever-present in the ballad heartland of Aberdeenshire as well as in several countries. Several versions of the ballad feature on Tobar an Dualchais - Kist of Riches online archive from contributors such as John Strachan (SA1952.026), Willie Mathieson (SA1952.008) and Lizzie Higgins (SA1970.022) and Jeannie Roberton (SA1957.44) The ballad was collected by Alan Bruford in Fetlar, Shetland in 1970 from Catherine Mary Anderson (SA1970.245).

Lowlands Low was printed as a broadside for the Poet’s Box in Glasgow in 1877, with an earlier Bodleian Broadside printed in London between 1849 and 1862. It also features in Ford’s Vagabond Songs of Scotland. Duncan Williamson recorded The Golden Vanity on “Travellers’ Tales, Volume 2, Songs, stories and ballads from Scottish Travellers” in 2002. Ewan MacColl recorded “The Sweet Kumadee” on his 1964 Folkways release “The English and Scottish Popular Ballads Volume 2”

Jean Ritchie recorded the ballad on her 1961 Folkways album, British Traditional Ballads In The Southern Mountains Volume 1. Jean’s version, which she learned the from her mother, corresponds with Story Type A found in Tristram Potter Coffin’s The British Traditional Ballad in North America. The refrain “As she sailed upon the low, and lonesome low, She sailed upon the lonesome sea” seems to be typical of variants of the ballads recorded and collected in the Ozarks and Appalachian mountains and references The Merry Golden Tree, Weeping Willow Tree, or Green Willow Tree as the ship.

The version featured on my Dark Turn of Mind EP is an amalgamation of verses from the text featured as Version A in Cecil Sharp’s English Folk Songs from the Southern Appalachians and from Version B of Child’s Popular Ballads. Coffin states: “The Sweet Trinity in this country (America) does not really follow any of the Child versions textually, although there is on the whole a closer resemblance to Child B and C than to Child A.” The Golden Vanity is one of many classical ballads which ably showcases the global universalism of ballads.